Tim and I decided to have our first empty-nester adventure. Of course, non-revving is always an adventure, but we decided to try to get to Edinburgh, Scotland…and we made it! 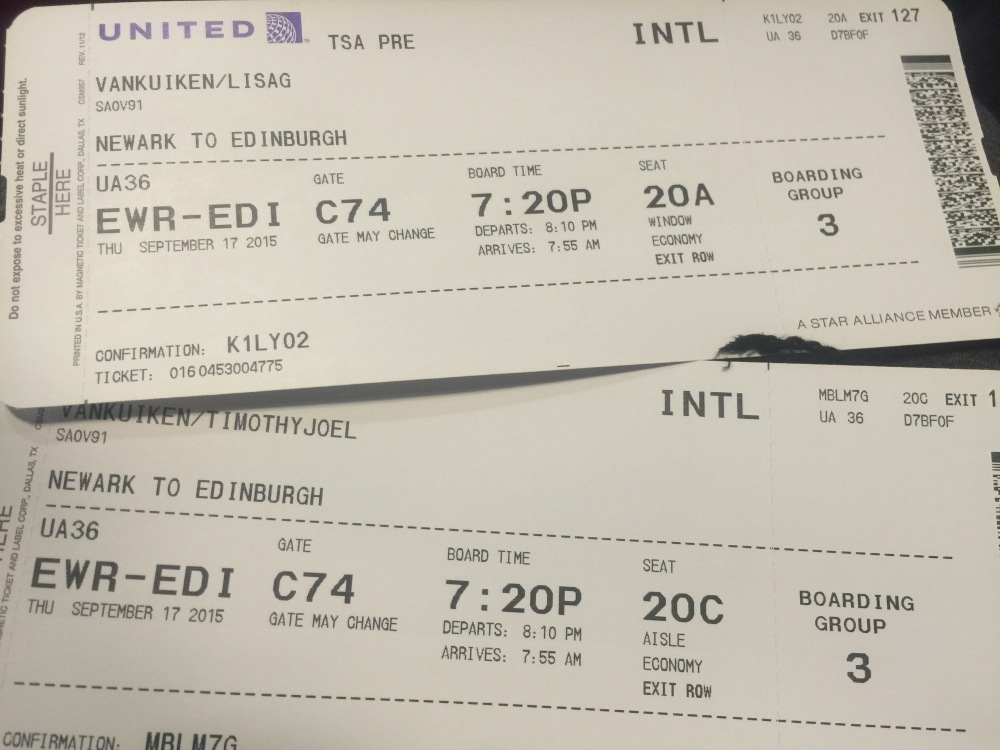 The first thing we saw as we walked out of the airport was a bagpiper, and that made me very happy indeed.

We checked into our hotel and had a quick wee nap (6 1/2 hours in an exit row with non-reclining seats is NOT conducive to a restful flight!) and then woke up to find the sun shining and balmy temperatures outside. We strolled along the Royal Mile, listened to more bagpipers, and had some coffee, and then climbed the hill to Edinburgh Castle, which was magnificent. 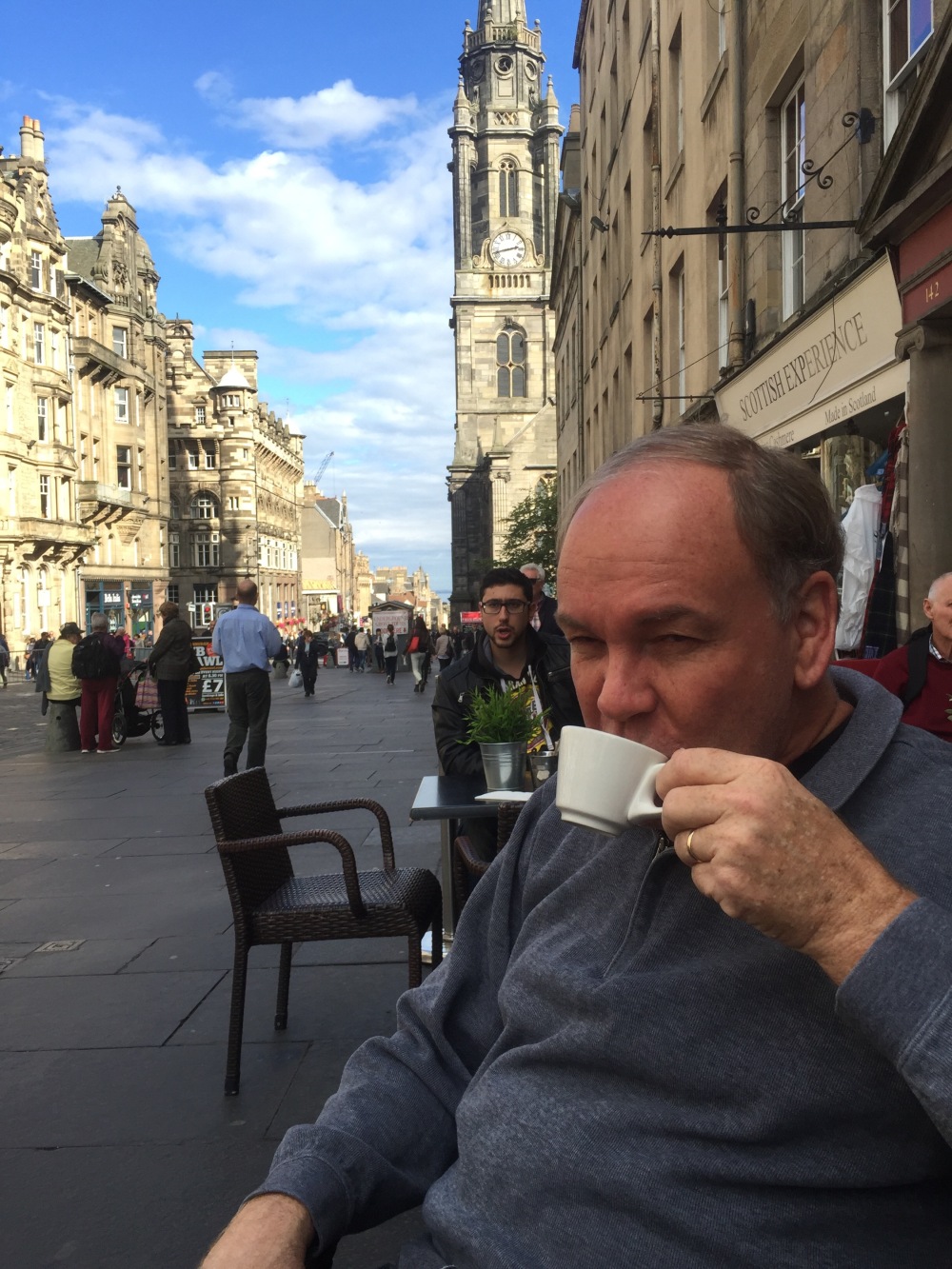 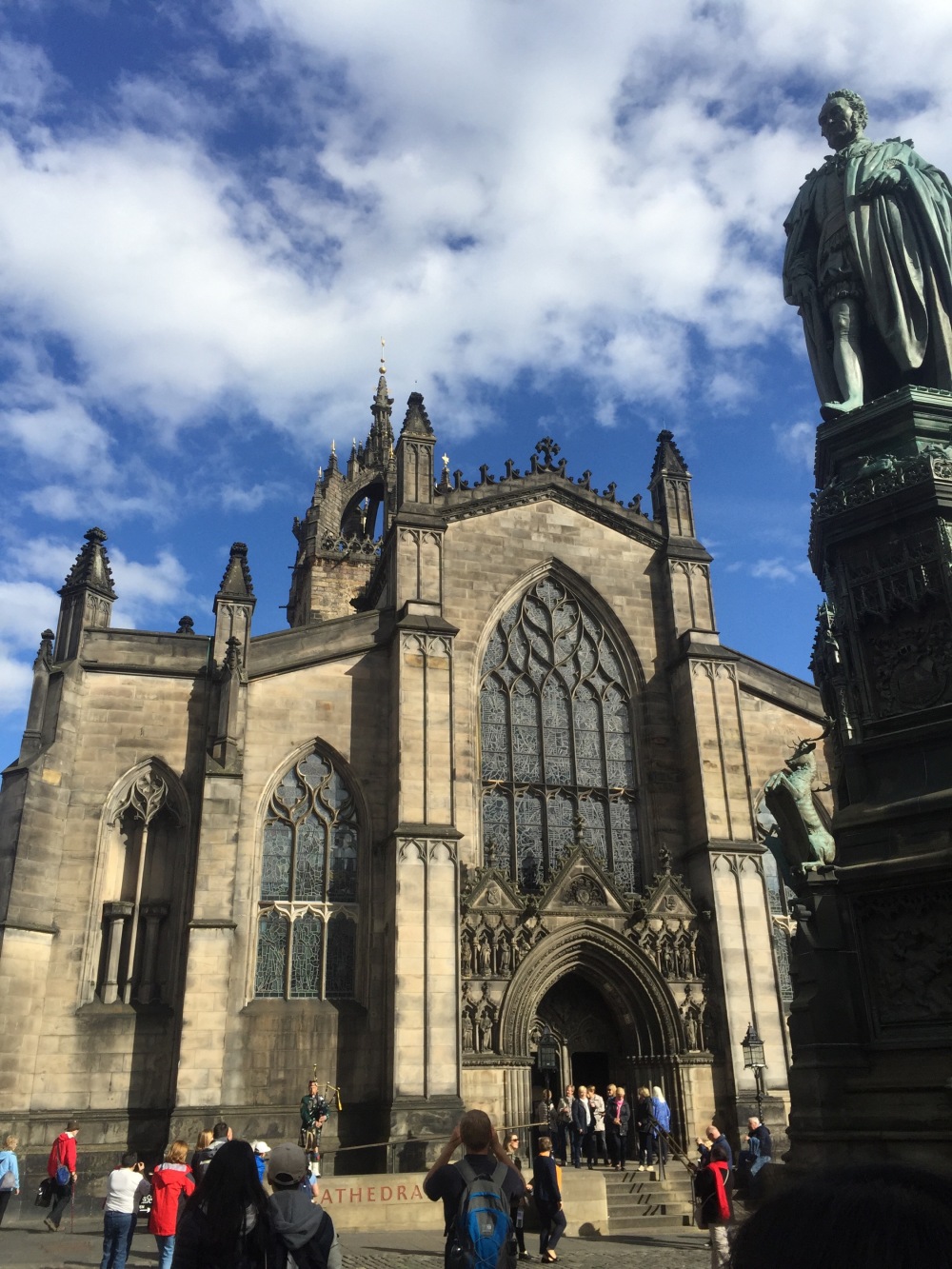 As you walk into the castle, there are statues of Robert the Bruce…

Edinburgh Castle was built atop an extinct volcano, so it sits high up on its rock overlooking the entire city and the Firth of Forth (which I found out means basically, the estuary leading to the city). On a clear day, the views are incredible. 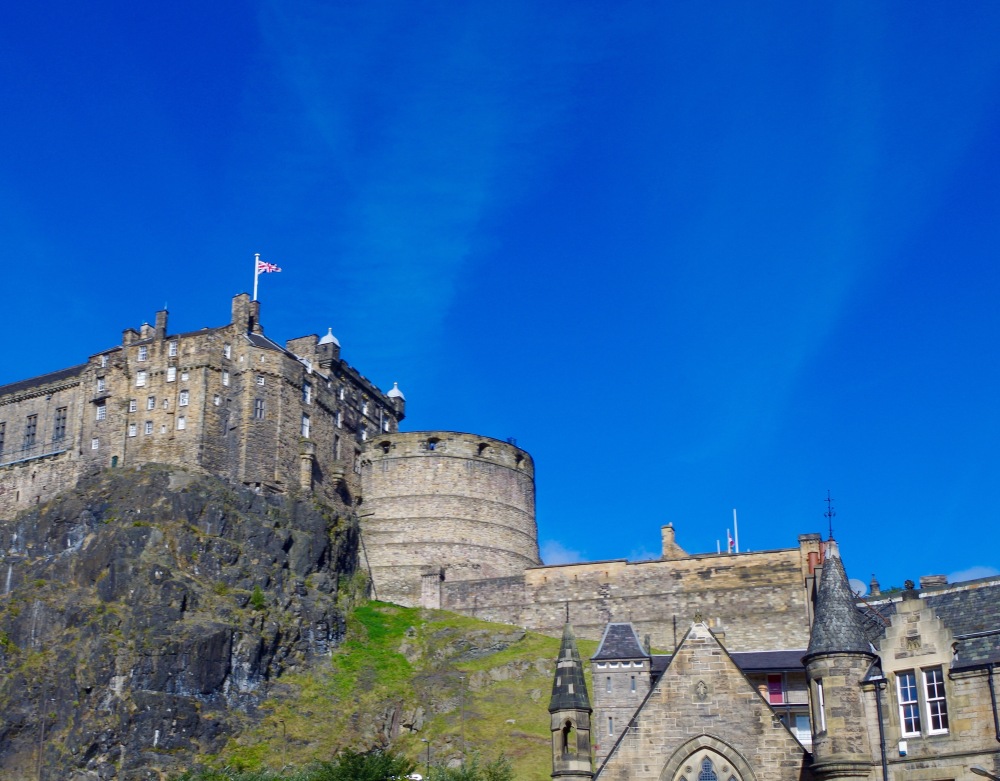 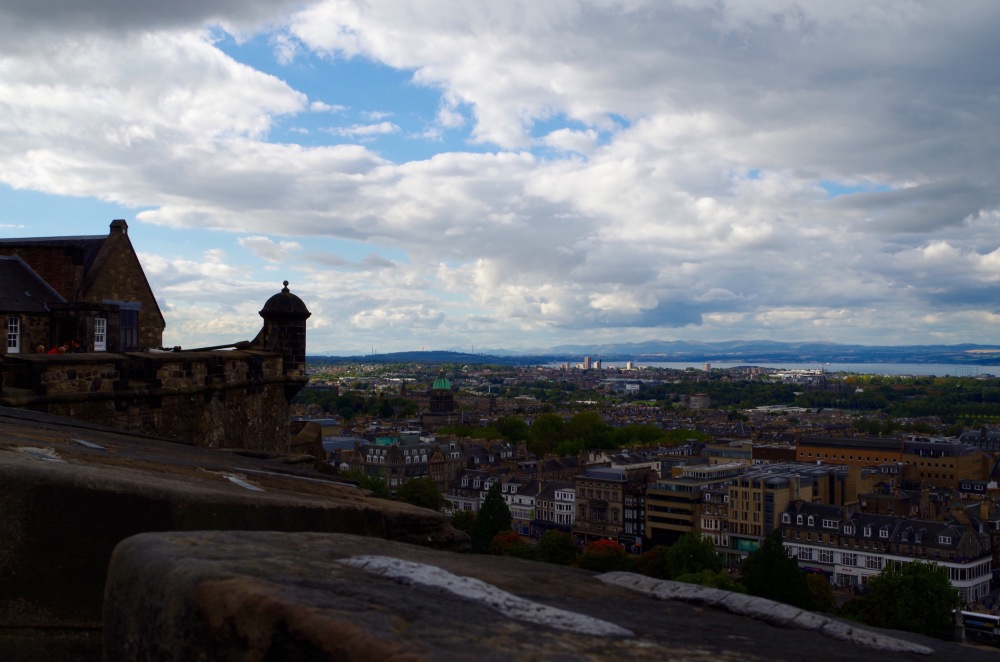 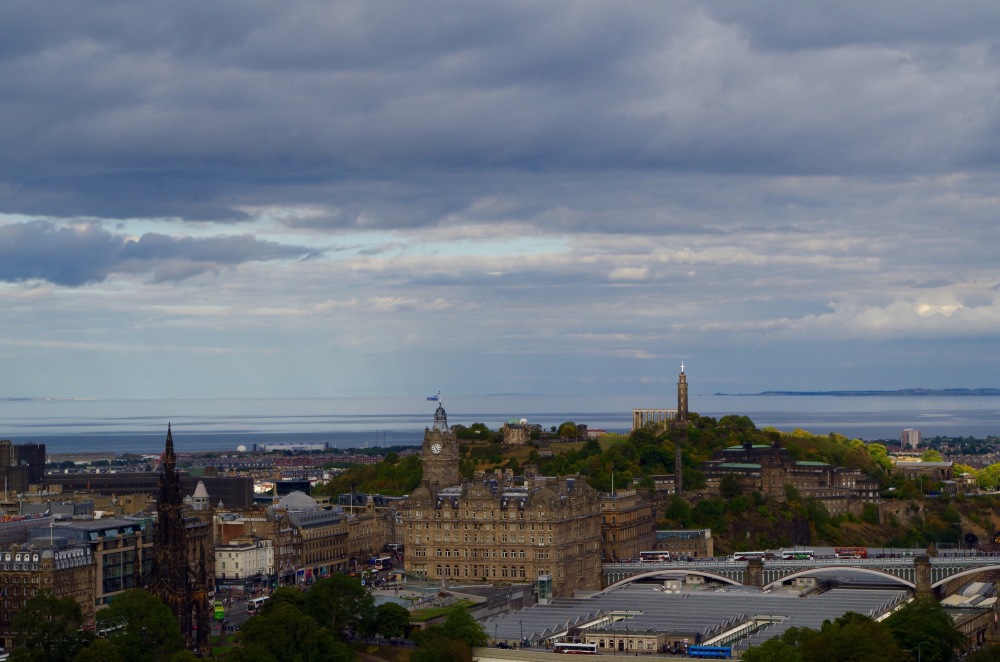 We toured the Royal apartments, the ancient chapel of St. Margaret, the Crown Jewels (there’s not many; the Scots blame the Brits😏), saw the Stone of Destiny, the dungeons, and saw many suits of armour and weapons…I cannot even imagine lifting one on those Claymores – they’re huge! 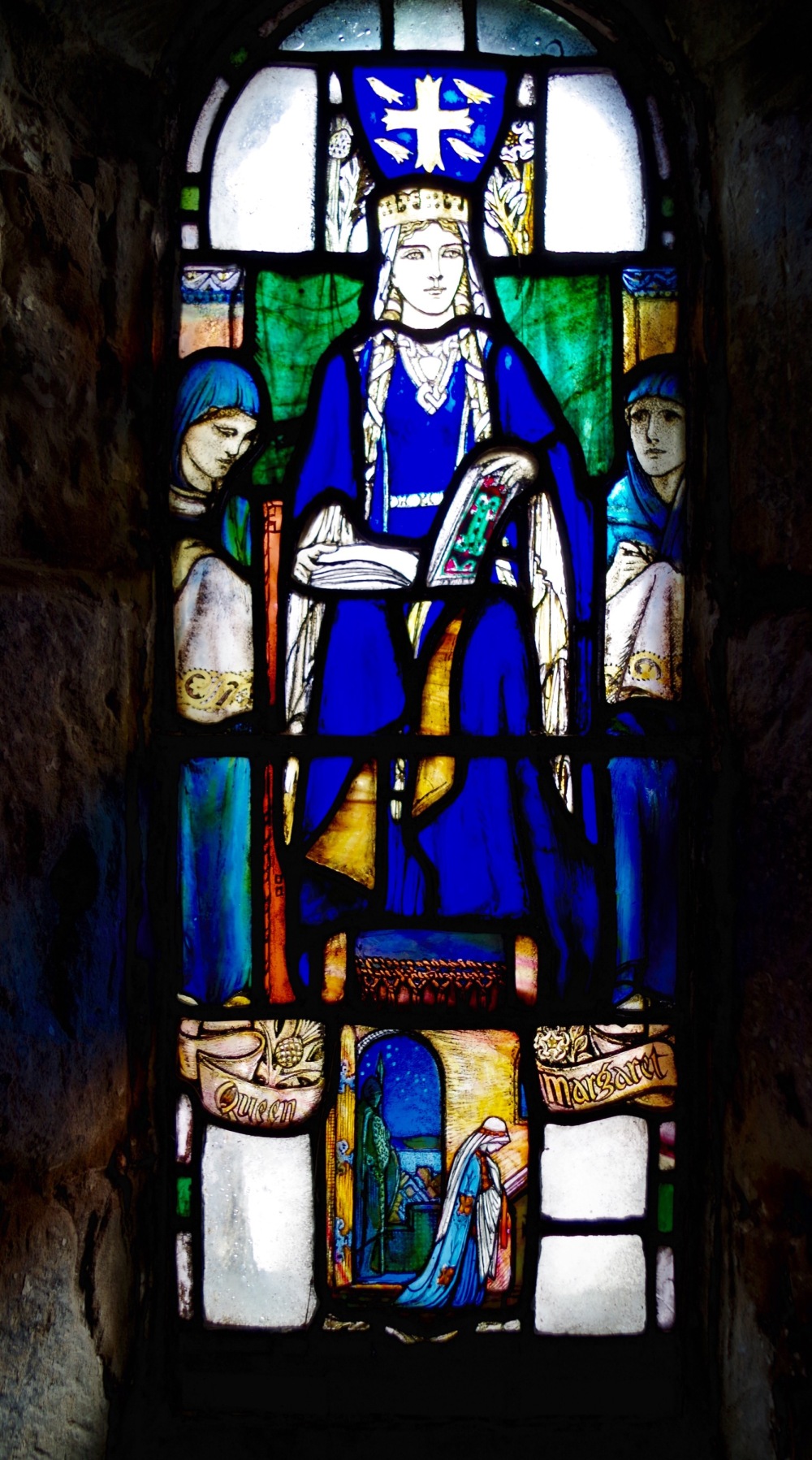 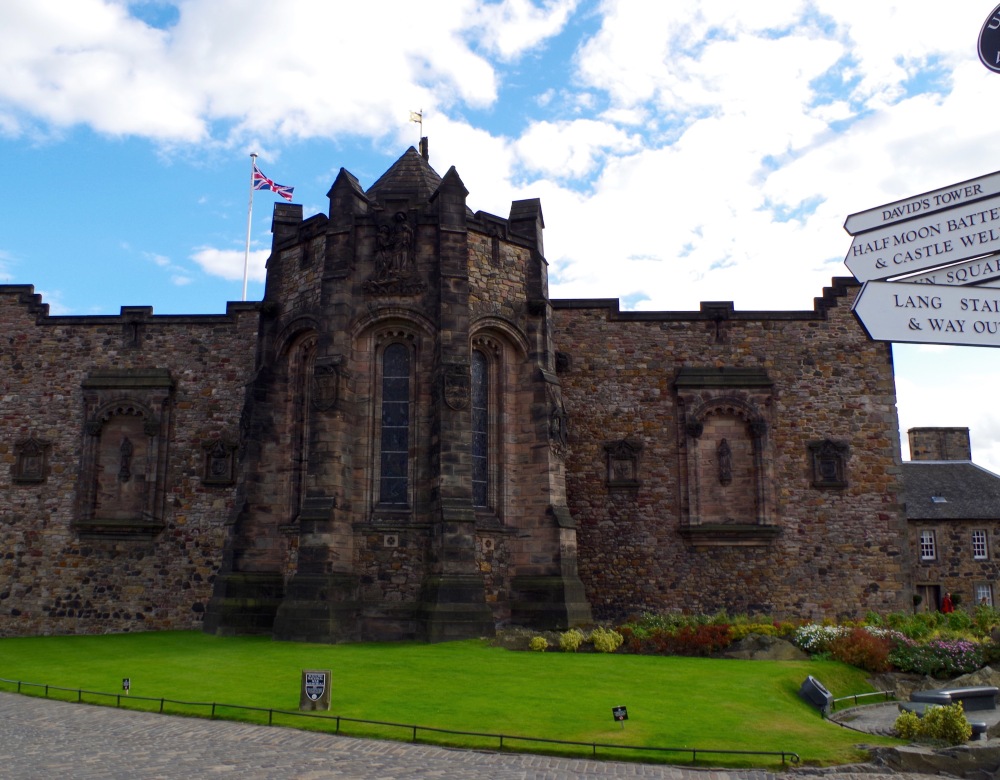 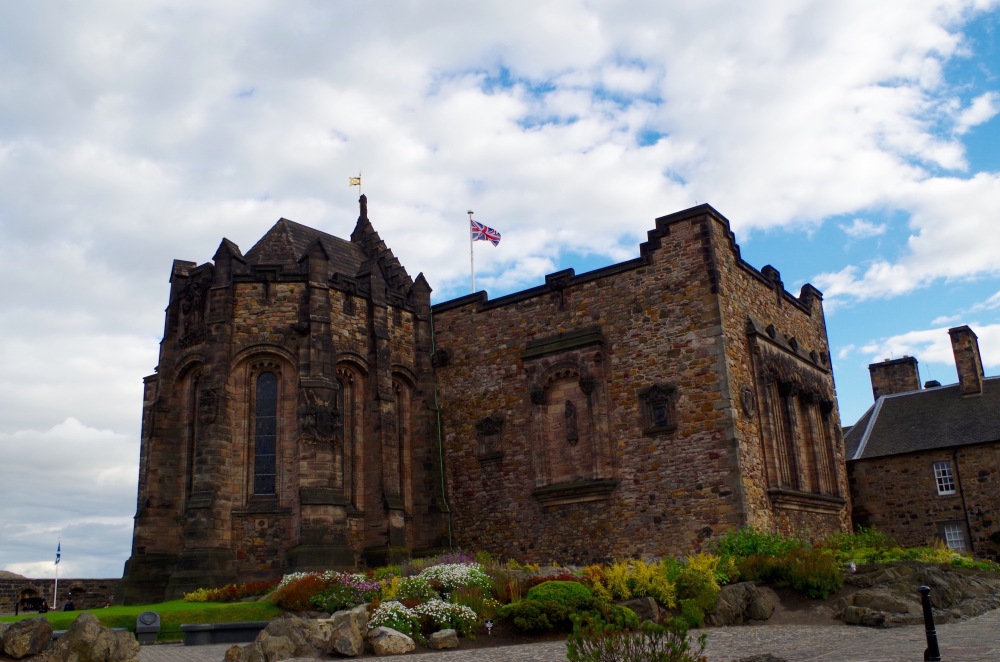 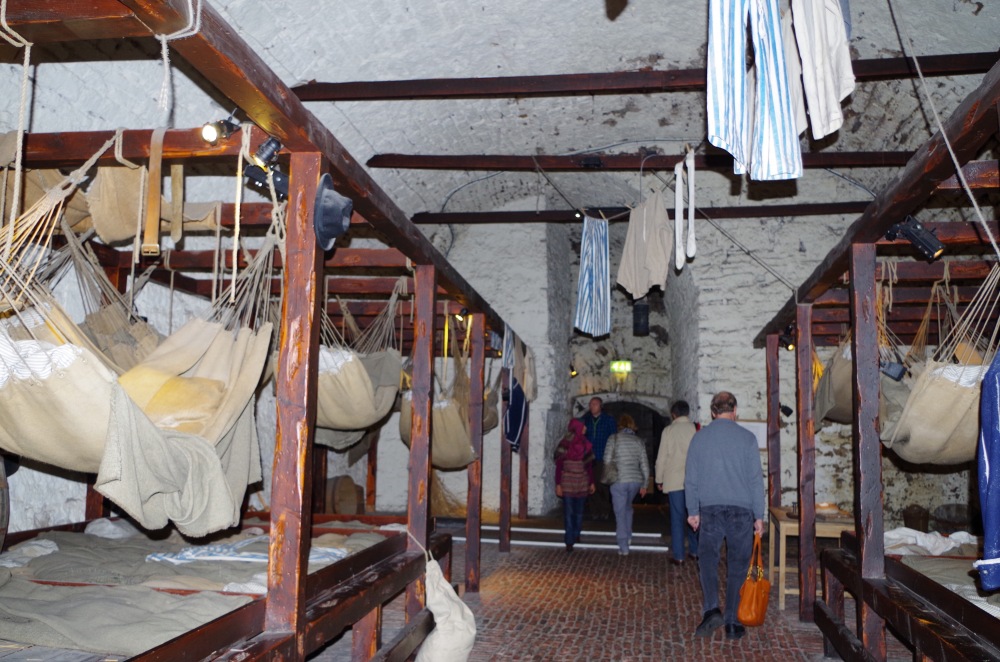 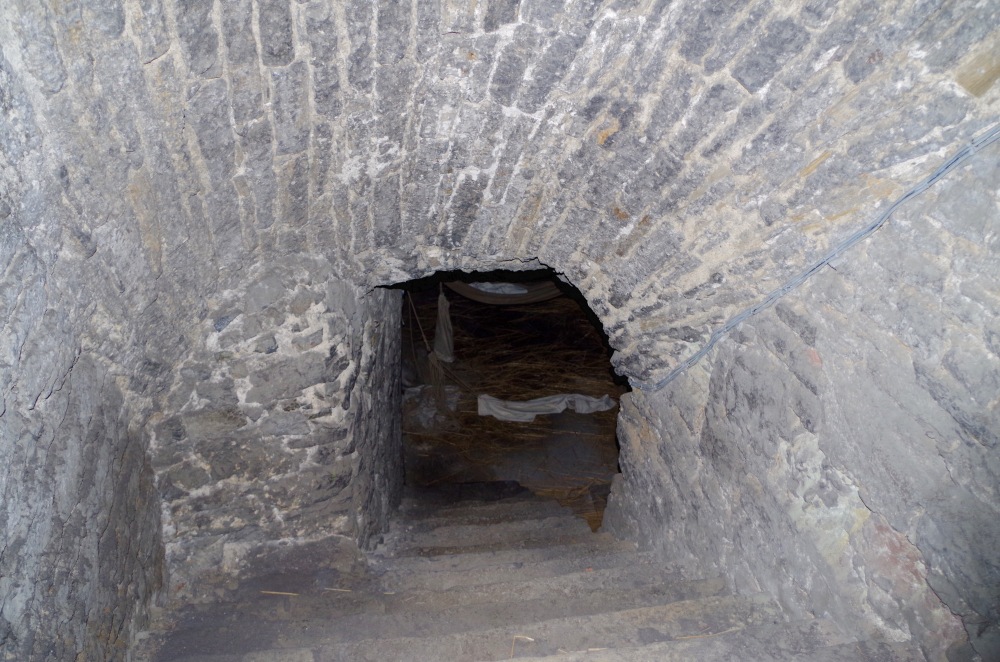 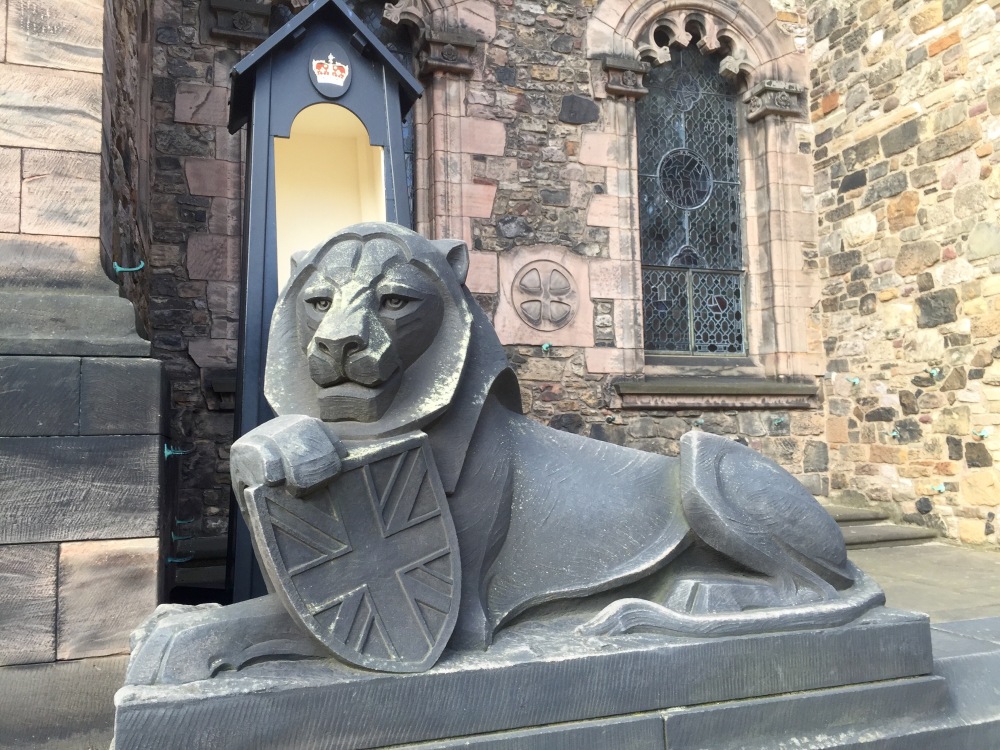